Being home in Tyler has been wonderful. Have you ever seen “Christmas Vacation”? Yeah, that’s pretty much my family.  A lot happened this break–here are some of my favorite random highlights told through lots of pictures.

Pops shot an elk earlier in December so we made smoked sausage…it’s one of my favorite things everrr.

All day Christmas we smoked it in the smoker my pops made out of an old refrigerator. We’re so classy 🙂

On Christmas, Santa thought it’d be HILARIOUS to bring Kingsford a skunk chew toy.  Too soon, Santa. Too soon. 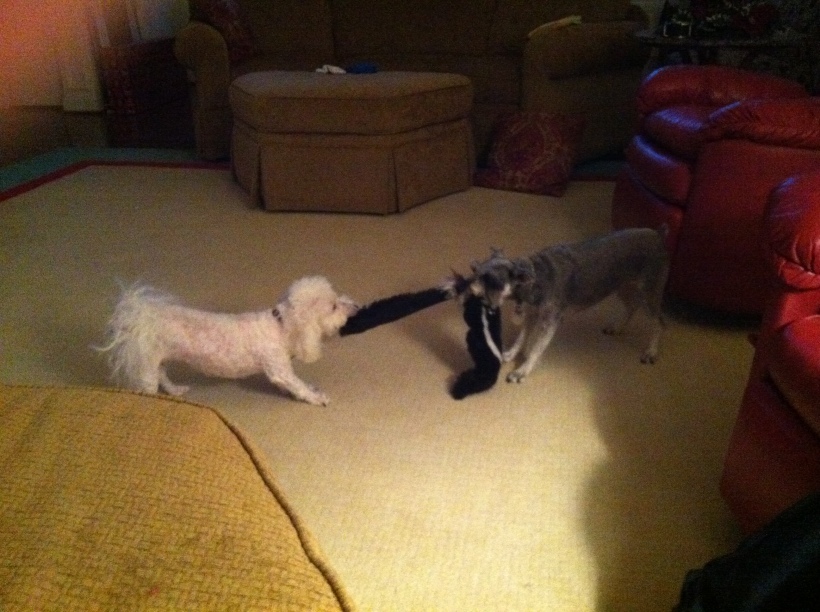 It didn’t take me long to find my way to College Station…twice.

On my first trip, Danny and I spent some solid time at the Chicken and then went to the Aggie Basketball game.  The Ags beat Arkansas Tech.  Had you ever heard of Arkansas Tech before? Me neither. 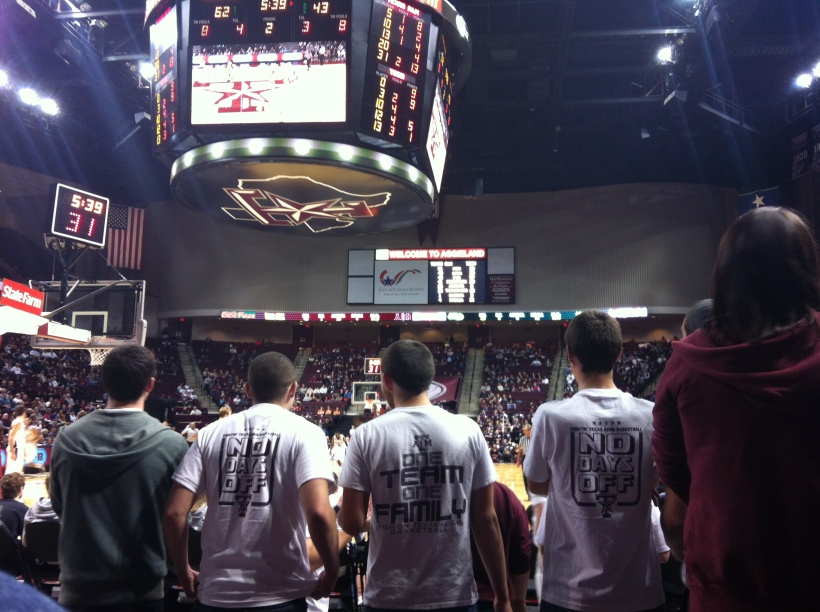 I saw some other folks but an embarressing highlight had to be the hour+ I spent in the HEB.  HEBs are the greatest grocery stores in the history of grocery stores.

Pops had to do some work in CS a few days later, so I tagged along to see some folks I missed on my first trip.  I also spent a little time on campus.  Oh, how I’ve missed this place.

New Years Eve was perfect.  It started with a group of us going to a Hibachi grill in town.  I was really excited because these cooks are awesome and I really wanted them to throw a shrimp at my face.  Scratch that…Everyone else’s cook was awesome.  Our table’s cook was a super dud.  He didn’t even offer to throw a shrimp at my face. Rude.  Anyways, Ryan picked up on my disappointment and yelled across the table with a shrimp on his fork, “Hey Meg, want me to throw this at you?” I replied, “Yeahhh buddy,” fully expecting him to be kidding.  He wasn’t.  So, I got my wish.

Afterwards, we went to a party in town that had a raging-illegal bonfire.

Alright, so maybe it was just a hole in the ground.  But they also had sparklers and you can’t beat sparklers. Here’s the beautiful Jessie.

Besides sharing my dance knowledge and hanging out with Texans, I spent some time at the shooting range slaying clay birds. My pop tried to be a photographer.  He’s presh. 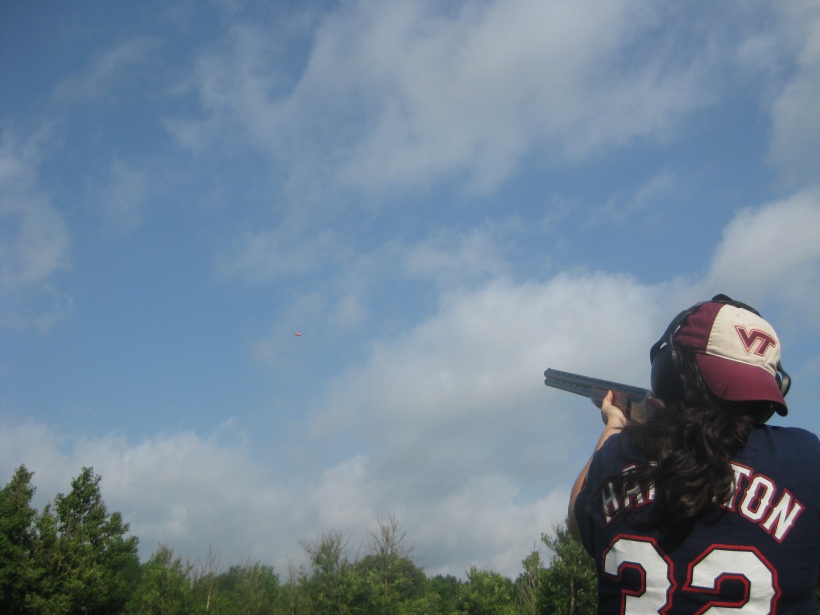 Throughout break I was able to see some wonderful people including my favorite, Kristina.  She’s a Michigan fan so we watched the Sugar Bowl together.  I’m smiling because this was taken at the beginning of the game.

Anyways, after all of the engagement celebrations, serious family bonding, eating as much Mexican food I could find, and traveling across Tejas to see my favorite Texans, I deem my holiday as a success.  I’m headed for Virginia tomorrow and I’m sooooo excited.  It snowed the last few days there but I tend to bring unnatural weather wherever I travel so I’m fully expecting it to be 80 degrees when I arrive.  But I’m pumped nonetheless.

One thought on “A Higginbotham Holiday”