I’m a simple Southern girl, but I really love history, traveling, and fun facts.  You could have guessed this if you read about me spending a summer at UGA or visiting Washington, D.C.

This past week I got all sorts of culture and travel under my belt.

Last Saturday I spent a gorgeous sunny day with Lauren at Blacksburg’s Fork and Cork, a wine and food festival.  We spent the day tasking wines and enjoying the sunshine.

Fun Fact: Mozart’s Requiem is a really interesting piece.  In 1791, Count von Walsegg requested that Mozart create this piece in memory of his late young wife.  Mozart died in the midst of writing it and his wife hired composers to complete the piece.  Walsegg attempted to pass the symphony off as his own work, but in the end, Mozart received the correct credit.

Dennis was an interesting Symphony partner.  The Orchestra was dressed in all black and at one point Dennis leaned over and said:

“It’d be awkward if someone was wearing tennis shoes..I’ve been looking.”

The entire arrangement lasts near an hour.  Half-way through Dennis leaned in again:

“I feel bad for that conductor.  I mean, he’s just flapping his arms around.  Must be sweatin’ up a storm. I just want to get him a towel and a bottle of Hokie water.”

A week later, I took off for Richmond, Virginia to participate in a Rugged Maniac (more on that in a future post).

A friend and I decided to explore as much as we could before the race.  First we stopped by Monticello, the home of Thomas Jefferson, in Charlottesville, Virginia. 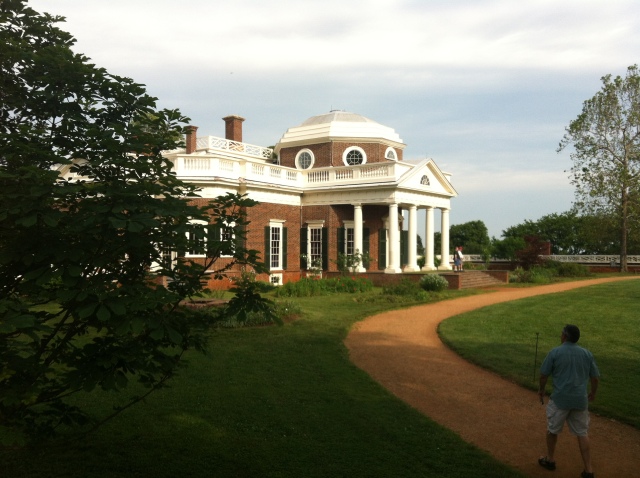 The house was gorgeous.  TJ was all sorts of interesting and complex.  In his garden, he built this cool little shelter.  It’s where he went to do all of his thinking (at least that’s what I think).

I decided to try it out…

I thought pointing would help me think….but it didn’t.

Fun Fact: TJ was one of the major contributors to wine in America and his household consumed over 400 bottles of wine annually #wow

PS The woman selling the tour tickets didn’t believe I was in graduate school because I “looked too young.”  Must be the headband.

Fun Fact: TJ did so much for America, like purchase the Louisiana Purchase, initiate the Lewis and Clark expedition, contribute to the Constitution, etc…But there are only three things he wanted to be remembered for on his grave-stone:  1) He wrote the Declaration of Independence, 2) He wrote the Virginia Statute of Religious Freedom, and 3) He was the Father of UVA.

The morning before the race, we traveled into Richmond to visit the Virginia State Capitol.

Here’s a statue near the Capitol depicting all sorts of important folks.

As you walk toward the Capitol steps you see this: 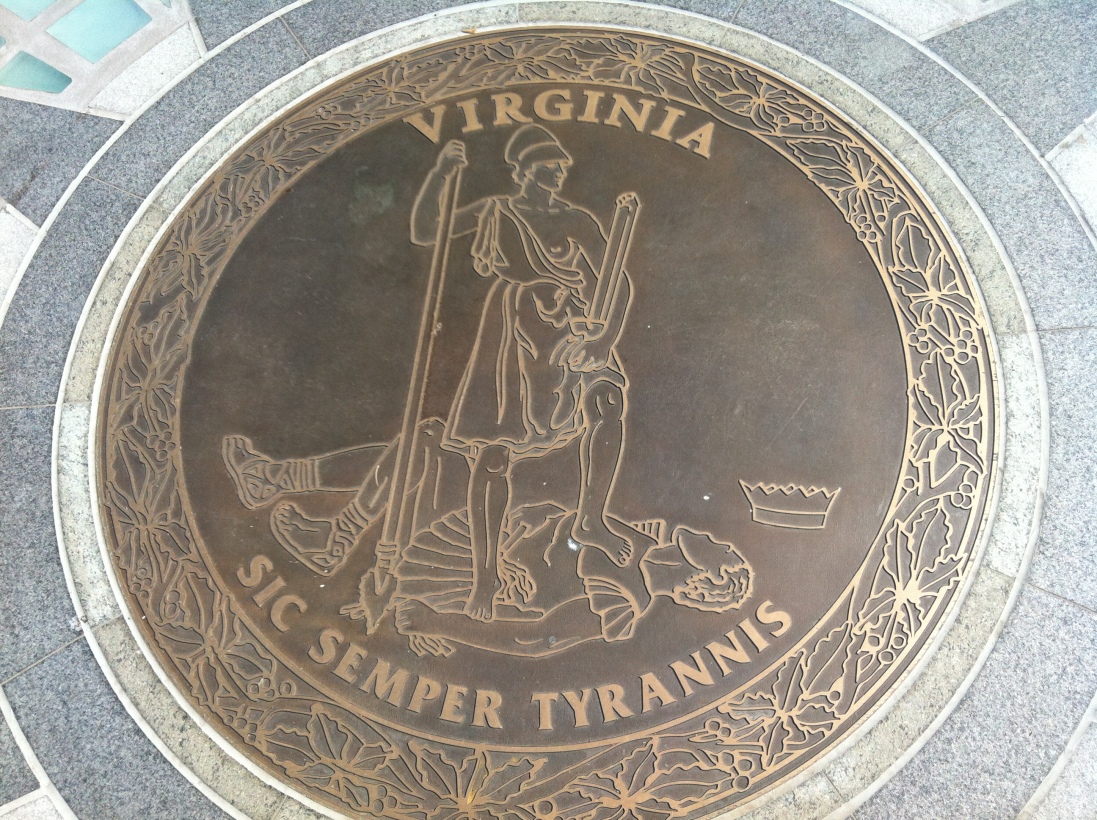 My week of culture was great, but Rugged Maniac was even better…stay tuned.