Ok, well most of that happens. But for heaven’s sake, I live in College Station, Texas where September means it’s still 100 degrees outside and fall feels just out of reach. But football season makes it so much better.

My weekend started by volunteering to staff the first Fightin’ Texas Aggie Yell Practice. Stepping on to the field was amazing. And it was kind of funny seeing construction workers literally working up until the last minute.

We had to wear these highlighter yellow baseball caps so we’d be easily recognizable. You could see us from space.

I volunteered for “elevator duty.” This meant that I had to stay in an elevator all night and make sure it was only used by VIPs or folks with accessibility needs. I also had to make sure no one got to the press box.

I’m not going to lie, I got pretty bored. Lots of Snapchats were sent. Lots of selfies. Lots of spinning (photo above is mid-spin). And also, a lot of people asked if I take tips. I declined, but am guessing I would have made about $100. Dang it.

I was super lucky to have attended the first football game of the season (It’s great to have friends with season tickets). So I headed out on Saturday to begin the gameday festivities with some wonderful people.

We started with a little corn hole. You can’t even imagine how hot it was on that black asphalt. I was so hot. SO HOT. 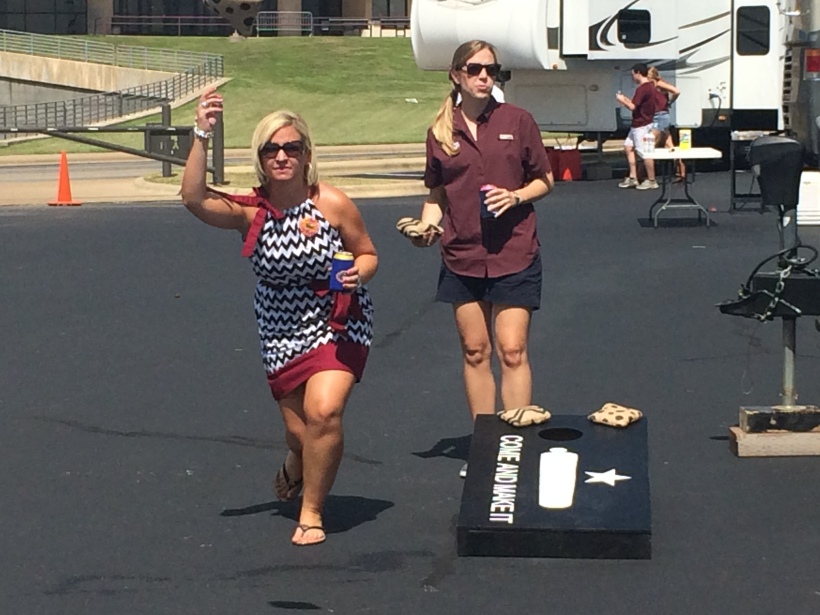 And then we made our way to the Corps March-In.

And finally headed to the stadium. Unfortunately, the sky looked like this: 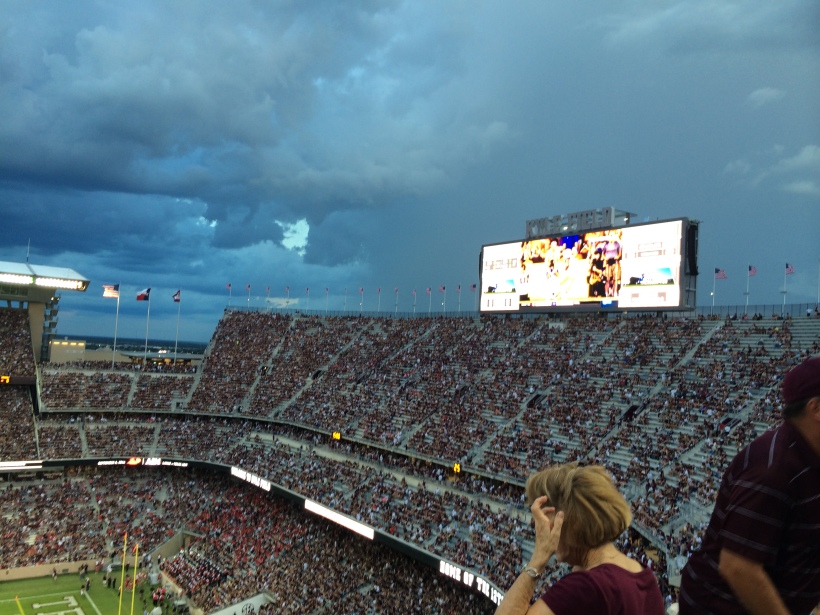 And there was a two-hour rain delay. 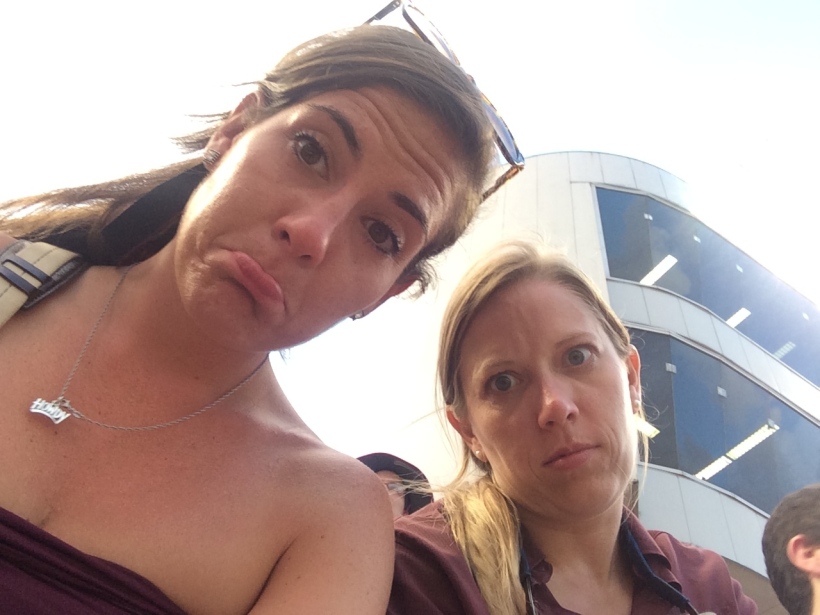 We were less than pleased.

Emily and I entertained ourselves (and those around us) with a few games of heads-up and before we knew it, the game started!

It’d been five years since I saw the Aggie Band march on Kyle. Definitely got goosebumps.

We won half time and the game 🙂