I started running in High School. My volleyball coach wasn’t much of a coach because we ran and lifted weights more than we played volleyball. ANYWAYS, being forced to run turned into a passion. A beautiful, stress-relieving, calorie-burning passion.

It wasn’t until I moved to Virginia that I started running more than 5 miles regularly. The incredible weather and scenery in Blacksburg made it hard to stay inside.

After my first marathon in Richmond… 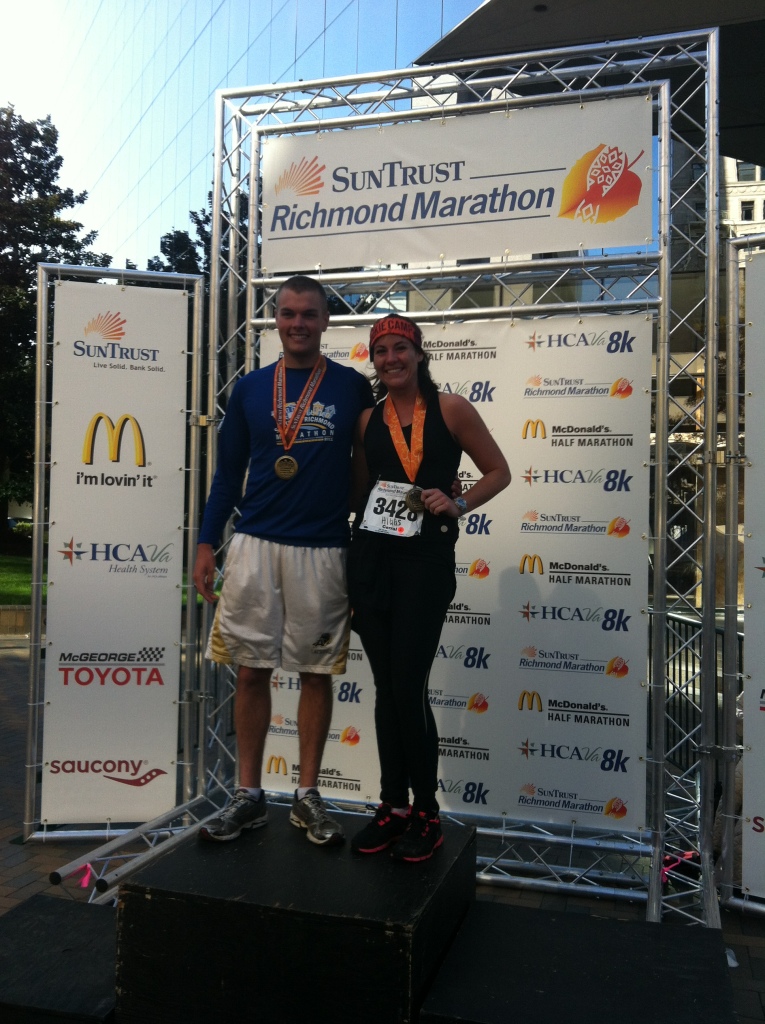 I immediately signed up for one in Washington, DC.

Then, I got a little cocky and signed up for one without training as much as I should have. I barely survived. I declared that I would never, EVER, run another again.

So, after these debacles, I was attracted to a few smaller races: The Diva Half-Marathon and an Army 10-Miler. Wayyy fewer miles than 26.2.

When I moved to Fredericksburg, VA, the running nearly stopped. I lost my stride. I lost my passion. I lost the desire to run until my feet went numb. Until yesterday….

A good friend ran the Bryan/College Station half-marathon this past weekend. For the first time, I got to be the race spectator and I was pumped! Another friend, Kristen, and I dressed warmly, made signs, and got our cheer section on! 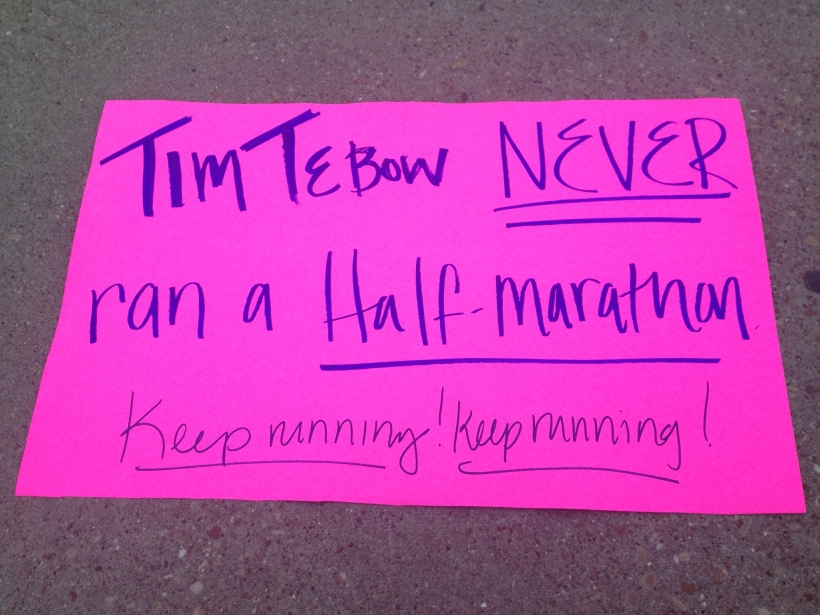 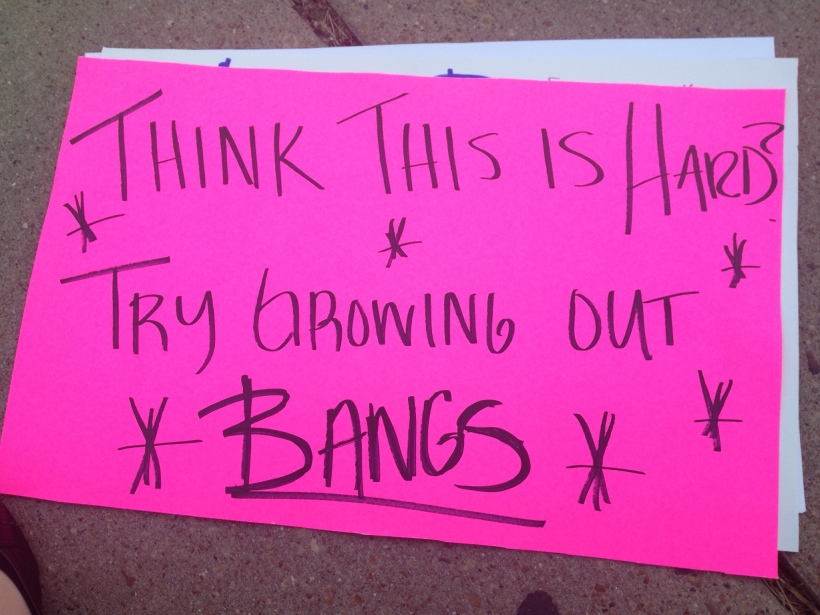 ^^I was pretty proud of my signs.

Afterwards, a crew of us headed to brunch and it just so happened that our favorite restaurant was right next to the full-marathon route, so we were able to see runners at their 21 mile mark.

We ate outside on the patio watching these tired, sweaty, miserable runners. But all I could think of was how badly I wanted to be one of them. Wait, what?!

I couldn’t believe it. But now I’ve got the fever. Ladies and gentlemen…after more than a year of complaining about the torture that is 26.2 miles, I’ve decided to run two more marathons before I turn 30. That means I have a solid year and 9 months so get excited. I’ve got Chicago in my sights in October.

Oh. And I’m running the Disney Princess half-marathon in February of 2016. Because I want to, that’s why.

So friends, prepare yourselves. This is going to be miserable. But kind of awesome. LET’S DO THIS.